weep with those who weep 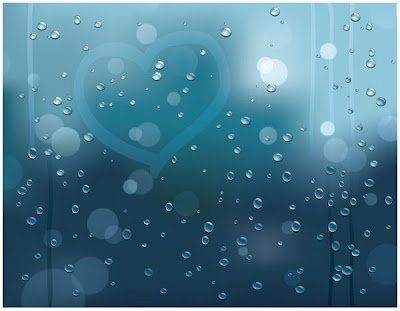 
This post, pulled from a crackling phone line in a conversation with Sonya … who, like all of us — and yet, not quite like most of us — has good days and bad.  This story starts on one of the bad …

i couldn’t eat my food.  could not touch one bite.  the very thought of chewing seemed exhausting, and i felt the familiar nausea of a crying spell rumbling in my stomach.


this day: one more day in the tyranny of the normal. even a simple trip to Target had hurt so deeply.  choosing the single cart, not the one with seat belts for two babies.  scanning the crowd in the produce section to find life just going on, people seemingly unimpeded in their daily routines.  couldn’t they see these open wounds? didn’t they know that this world was incomplete … was missing one who had brought such life to it, such joy?

i had inched my way through most of it, sending prayers up fast and furious and creeping along, like one of those scenes from the movies where they walk a tiny ledge between windows up fifteen stories high.  i had made it to dinner, and now as i stared at my husband and my sweet little girl, i was overcome — gratitude and grief wrestling hard inside.

i had wanted to play the game today.  i had been working on a lead, trying to make something happen, but it had fallen through.

Lord, i prayed.  I need you.  I won’t make it through the rest of this day unless you help me.  Send me someone, Lord.  Someone to help.  Someone who needs you, too.

those who know Him will know what happened next, even before i say it out loud.  and yet, His goodness seems to catch me off guard every time. ask and you shall receive.

i heard voices behind me: one Drason’s, one from a total stranger.  he had gone to get a refill of his sweet tea, but now he had paused at a table not five feet behind us, and he was talking to a woman, young and pretty.  then he was hugging her, this stranger. and leading her over to our table.

“i’m so sorry; i don’t want to intrude, but… ” she began, and then right there  in the spot where i had prayed she spilled her story.  how she’d seen our blog, through friend of friend.  how she’d read and just shook her head, not knowing what you say.   and then she told how she, too, hurt for a child: her daughter fighting leukemia, wearing daily the scars of that fight.

and she told of how she’d been scarred, too.  finding it hard to enjoy the simplest moments — bedtime stories and breakfast routine — fearing that  today might be the last time she’d get to do them.

i listened to every word, holding her hands in mine, nodding.  and when tears streaked down her face, i found that my cheeks were wet, too.  i had known her fear — had  worried the “what ifs” like every other mother, as if my anxiety could keep cancer and car accidents at bay, all on its own.

and then i — we, this family that seemed so intertwined in my own protection — had been hit by a tragedy that i’d never even thought of — by a disease that was something out of medical encyclopedias, not real life.

but we had survived, i kept telling myself.  we were still here — broken and missing one who was irreplaceable, but here.  and firm in our purpose. in His purpose for us.

and so when she said out loud how she worried that she wouldn’t be able to go on, i was able to tell her otherwise.  because in spite of the dinnertime nausea and the daily battle with our new normal, we are still taking tiny steps forward.  we are still able — lifted in prayer, wrapped in His love — to put one shaky foot in front of the other.

i call this paying it forward, and yet i gave her nothing that day … except hope, maybe.

and  hope is really something big, when you think of it — fallen world that we live in.


and in giving her hope, i felt it swell up in me, too. felt grateful, grateful to a God who had heard my prayer on a restaurant patio and started answering it even before my mouth had stopped saying the words.

for all of my striving to find a good deed to pay forward, God had been in control, had placed in my path one person who only needed to talk.  one tiny conversation led by the Spirit … a conversation that left two mamas hungry for Heaven, where death and cancer and daily anxieties, too, are all swept clean even from memory in a chorus of

Sometimes “playing it forward” is simply about responding to the people God puts in front of you during a normal day.  Sometimes it’s as simple as having a conversation with a stranger — who might be less of a stranger than you think.

Would you consider looking around your world today and reaching out to someone? Then come back here and tell us about it (or link to your post) in the Comments.