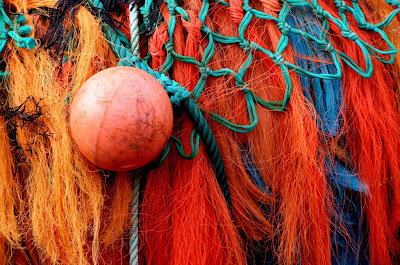 “Your name Drason?” she asked, raising her heavy eyelids upward to where he stood.


And there it was.  Put out there – just like that.  The back of his neck stiffened just a bit, causing him to straighten.  Eight weeks and his body still reacted physically to the reality of the words. He scratched finger tips down the side of his beard, measuring the words to say next.  Was it obvious to her, somehow?   It seemed possible that his flesh might bear the marks of grief in some tangible way, his face a signpost to others declaring “brokenness here.”


There was an uncomfortable pause, the kind where you’d check your cell phone, mumble small talk, smile empty and shuffle away, but neither of them did.  Something anchored them there, even before she offered her reply.


And with this, the world collapsed inward … morphed from an orb spinning billions of people toward faster and busier and more distracted into a single platform with two people standing on it, looking straight into each other’s hurt.


She’d never seen  his boy, the one with the dimpled cheeks, the soulful eyes.  He’d not known her firstborn babe, the one who smelled of baby soap and milk.


Yet they had both known the loss of these children.  And  heartbreak tethered them so that they were not quite strangers anymore.


Like soldiers who grit their teeth comparing battle scars, like mothers who gesture wildly sharing childbirth narratives, these two had limped — were still limping — down the same hard path, and as with all weary travelers, there was comfort in simply having someone say: “I know.  Me, too.”


Two words so simple, and yet profound enough to stake a purpose on.


Two people who, in the cacophony of heart cries and pain gasps, heard the still, small voice of a Savior asking if they would obey his command.


Today, their obedience to that call takes the form of a fully functioning non-profit organization.  Though Bane is never absent from their hearts, their hands and feet are moving to help others who have been stunned by the grief of a child lost.

They stand arm in arm, tethered to those who are facing similar situations – who are searching for Hope like a haystack’s needle – in an effort to point to the only real source for Hope in a fallen world.


If you’d like specifics on what Banebow can provide, simply click the
What We Do tab located in the navigation bar.  If you know of someone who could be helped by Banebow, please get in touch with us by using the email in the Contact Us tab.


If you believe that shared experience can bind total strangers, that even tragedy can be turned for good, that God-love can  bring color back to a life gone gray with grief, then please commit to pray for Banebow and the people whom it will serve.