why i write here: a soul-friend story (part one)

Sonya and I were chatting and decided it was time to “peek-a-boo” out from behind the curtain of the Banebow blog.  I’m glad that she meant a virtual peek-a-boo, so that I don’t have to worry about how sad my hair looks today — baby spit-up will do that, unfortunately.


So … uh,  Hi.  My name is keLi, and Sonya and Drason are two of my dearest friends.  I have blogged for awhile about the mess of being a mama over here, and these days, I write here in an attempt to show how Banebow is meeting people in their mess — and pointing them to the miracle of Christ’s love.


Truth is,  we hated each other.  Well, hate is maybe a strong word, but anybody who knows a fifth grader knows it’s a passionate, angst-ridden age.  And – for the record – I had good reason.  You see, my mom, a woman who had nearly permed my blonde locks into 1980s oblivion, had convinced me that I would look “super cute” with a chic, short hairstyle.  She even threw in an offer to buy me neon dangly earrings.  How could I resist?


Sporting a  rather orphan-Annie-esque  style of her own, Sonya, a young bud whose social-worker sense of compassion had not yet blossomed, told everyone on the playground that I had cut my hair that way because I wanted to look like Jordan Knight, of New Kids on the Block fame.


it cut deep.  Imagine:  tears rolling down the  GIGANTIC  New Kids button on my denim jacket.  To my preteen self, Jordan Knight was no laughing matter.  At this point in my life, I was convinced that he would someday pick me out of the crowd at a concert, and we’d be married and have little boy-haircut babies together.  But I digress.


Eventually, the heated rhetoric of middle school girl arguments cooled, and before long  we were junior high friends, passing notes in the hall, wearing fringe bangs and men’s flannel shirts — trading Jordan and his boy band for the likes of Eddie Vedder. 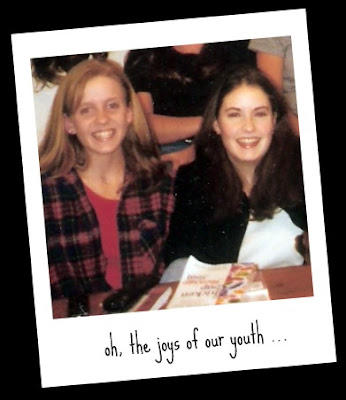 As I searched for less-embarassing photos to accompany this post (not a chance you’re getting a shot of that 5th grade haircut), I ran across several candid photos, and I spent a good deal of time laughing out loud as I remembered the moments they had captured.  Many of them feature the same seven girls — we who had been attached at the hip all through high school (even taking on the acronym  “J.A.C.K.A.S.S.”  because, though not quite flattering, we were stoked that our initials really spelled something).


In this particular picture, snapped at a slumber party where we said our goodbyes just before leaving for college, Sonya and I are doing
“the ugly cry.”

You know the kind.


I was crying because I was terrified of moving away, growing apart, losing them — these girls who had walked with me through high school years littered with land mines of some really grown-up moments.   Looking back, in almost every memory that matters to me, they are present.

On the sidelines or in the periphery sometimes, but there.
by my side. for the long haul. 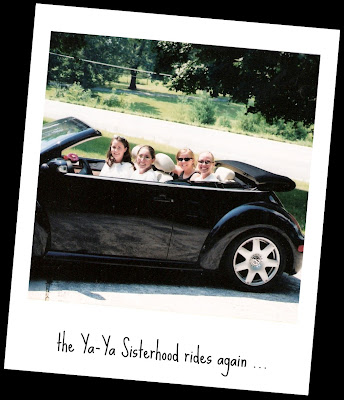 I remember them: in a lamp-lit bedroom cramming for finals.  In a flash-lit photo posing at prom.  In the brightly lit waiting room of a hospital, where my father was dying down the hall.


In spaces like these, friendships lose all pretense, as plastic smiles give way to “ugly cry” faces and you let people see “the real you.”


Sonya saw “the real me,” and she loved me well, in spite of my mess. 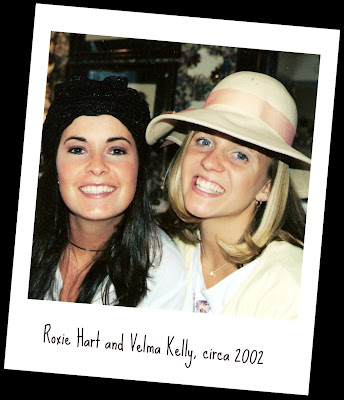 This past year, the  J.A.C.K.A.S.S girls all turned the big 3-0, and Sonya, blossomed friend-love on display, gave us each a necklace with the words “ANAM CARA” engraved on it.  Since most people aren’t familiar with Celtic vernacular, when I wear the necklace, they have no idea that this simple piece of jewelry identifies me as a


I haven’t taken that necklace off since August 10, 2010, a day  when my soul friend was gut-punched by a tragedy that still, on some days, seems surreal to me.


The double-edged sword of soul-friend-love, I am learning, is that you sign up for  a lifetime ride – tethered tandem – through the warm fuzzy moments and the broken mess moments, too.


We’ve had plenty of happy, shiny days, Sonya and I … and we’ve had days like these, when pain surges hard, and  comfortable silences are bread crumbs  on a path toward some place better.  Some place bearable.


In the days immediately following Bane’s home-going, I wore myself out trying to find something  *to do*  to make it better, somehow.  I thought that it was my job, as her friend,  to “fix it” and – even in some small way – to carry some of her burden for her.


Yet, as I have prayed for her, God has shown me that this isn’t my job – it’s His.  He is the lover of her soul, the one who knit her together in her mother’s womb, and he knows her and loves her in a way that transcends human interaction.  “I’m in charge,” He told me (as he has to remind me often, I’ll admit).  “Just watch.”


And so … I watch. And i write down what i see,
on this space, this piece of virtual paper,
so that you can watch, too.


Because God has planted beauty in the brokenness that surrounds my soul-friend, Sonya – and daily,  He whispers words  into my heart, guides fingers tapping at keyboard, and uses my voice to say here what hers cannot.


That this story isn’t over.


That he’s the Author, and he specializes in surprise endings.


Click back over here tomorrow, where I’ll finish my thoughts on this.  And if that’s not enough to lure you back, there’s also a hilarious photo of Drae that I’ll post.  Just you wait …